Welcome to Class 5 - And the last half term before the Summer break!

What a busy term we have ahead of us. On Friday 6th June we are off to Rayleigh library for a World War 1 themed session and during the first week back we will be looking at the Christmas Truce of 1914 through the eyes of different people who were there at the time. It was quite an eye-opener that very few children on Monday morning could tell me anything at all that they knew about the 'Great' War. Hopefully by the end of the week that will be very different...

Next week we are off to the Marine Activities Centre in Southend for an action-packed day. Lets hope the weather is good!

We also have the Year 5/6 rounders tournament later in the month. We are looking for about 10 children tp represent the school, so get practicing your batting, bowling and catching skills to impress Mr Baker!

One of the highlights of the term was our recreation of the Burghers of Calais as part of a wider national project to recreate art masterpieces. the children thoroughly enjoyed dressing and getting into role!

Our take on the Burghers of Calais

What a busy week we had before Easter. Firstly we put on 3 performances of 'What A Knight' which proved to be a real hit. Well done to everyone involved! We also held auditions for Wyburns Got Talent and our class managed a 1st and 3rd place. Congratulations to those children and all those who took part on the auditions. 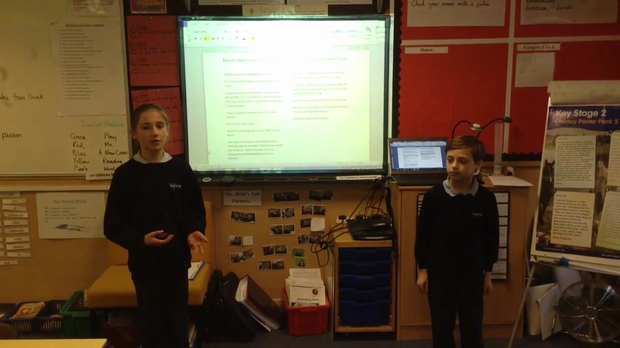 Science Week was great fun! On Monday we made paper rockets with Jon from Out of This world Learning and on Tuesday we followed this up with making and testing water rockets. We have also been testing the egg capsules that we made at home with our parents. They almost all worked brilliantly, but the class winner was Ben's by a narrow margin, voted by the class using the additional criteria of design and reusability. We have also made hovercraft and tested them to find the optimum design/surface. Take a look at the pictures below: 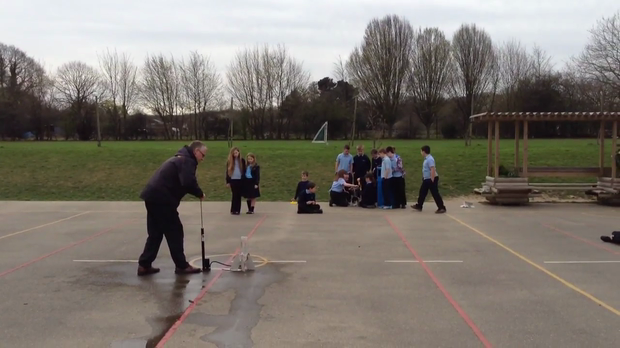 Take a look at our Bullybeat video using the link below
Don't forget to keep on reading - at least 20 minutes a day and to sharpen up your Maths skills - you should aim to know all of your times tables by the end of Year 5 (or at least most of them). One way of doing this is to use Sumdog - see the link below. Another area we all need to work on is SPAG (spelling, punctuation and grammar). Take a look at the BBC Bitesize website for games and quizzes to make you a SPAG king or queen!

On Tuesday 4th March we will also be visiting Westcliff synagogue to find out how it is similar and different from Holy Trinity Church.

Also this term we will be performing our version of 'What A Knight' with Year 3 and 4. It should be a great show, performances of which will take place in the last week before the Easter holiday.

Our current homework is to:

Design and make a capsule to protect an ‘eggstronaut’ on its journey from space back to Earth. This will be tested by dropping the egg from a height of 2m onto a hard surface back on Earth. The egg capsules will be tested in class during Science Week (17th to 21st March) and the ‘winners’ from each class will then go through to the final judging when the representatives will be tested against each other during a special Science Celebration Assembly at the end of the week when 2 overall winners will be chosen: one from Early Years/Key Stage 1 and the other from Key Stage 2. If you Google ‘eggstronaut’ you will get lots of ideas to help you. Well done to those of you who have already brought them in - I hope they have been rigorously tested!

For Friday you also have to solve a Maths problems concerning frogs and lily pads - see the link below for more information.

Want to send you name into space, then click on the link below and you name will be sent to an asteroid on a space mission. You can even print off a certificate to prove that you have participated in the  space programme.

We wrote missing chapters from Charlie and the Chocolate Factory. Here are 3 of them.